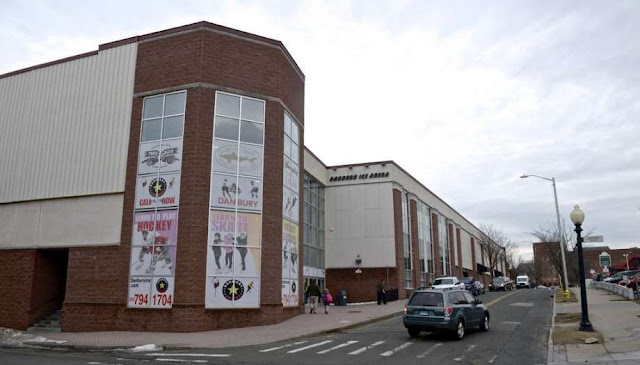 It has been a few days since I’ve posted anything.  Several things have been taking up time; we lost my partner’s grand father a few weeks ago, and yesterday was his memorial.  He was a great guy and the joke around her family is that while most women find a guy like their dad, she found a guy like her granddad in me.  Joe and I got along famously, mostly because we have identical senses of humor.  And losing him was hard on all of us.  Fortunately, he had great relationships with my partner and her mom, so the final days were full of love and support.

Besides that, and obviously way less important, I’ve been doing play by play for my friend’s NHL 20 team as they compete in LeagueGaming.com‘s ESHL season 12.  Calling 5 games over 2 nights a week isn’t hard, but it is absolutely time consuming.  And on top of all that, I’m 4 weeks deep into a certification course for a planned career change.

So things have been happening around here.

With that, we can finally set our sites on the 2019/20 season.  This gives me a chance to look forward to visiting new rinks.

The primary plan is to hit a lot of games in Providence.  We have a 10-game ticket plan for the P-Bruins this year.  We’re going to go to a lot more P-Bruins games, but with my new work schedule Fridays might be tight to get to the rink and get to the box office to get decent seats.  So we locked down all the Friday night games (and a couple games that are likely going to sell-out).  But, as my partner and I have done over the last season and a half, we’ll be peppering in some short road trips to different rinks.  Over the last two years, we’ve managed to hit all of New England’s NHL, AHL and ECHL rinks (we missed Manchester the last two years, but unfortunately, that building is now dark as far as pro hockey goes).

With that being the case, the only professional (if you count the Federal Hockey League as ‘pro’) rink in New England left to visit in Danbury Arena, home of the FHL‘s Danbury Whalers Titans Hat Tricks.  I’m excited to see an FHL game, because it is the closest to the movie Slap Shot we’ll get here in the real world.  Proof of theory:

Elmira has never been my favorite hockey town, though.  Aside: Stay tuned to a future STORY TIME post for a great story involving 1st Union Arena, a drunk Jr A team GM and hours spent scouring backpage (RIP) for hookers.

Anyway, Danbury is on our hitlist for the season.  Other than that, we are going to keep our hockey travels to a minimum.  We just booked a trip to Ireland for February (where we will be visiting Kingspan Stadium to watch Ulster in some Guinness Pro 14 rugby action).

Besides Danbury, there are some college rinks that I would like to see, though, again, because of the Ireland trip, I’m keeping the list short.  Yale’s Ingalls Rink is at the top of the list and may be the only other new rink we get to this season.  Ingalls has been on my must-visit list for a while, and it appears on a variety of must-visit-lists including Bleacher Report and Stadium Journey.   Though I will be keeping an eye on the Boston-area NCAA D1 schedules.

Besides a lot of hockey, I’m going to try to get a college football game in before the end of the season, and then in February, the first season of New England Free Jacks who will be playing in Weymouth, MA in Major League Rugby.  By the way, contrary to what MLR’s name may indicate, the Free Jacks actually play rugby union rather than rugby league, which is trash.

If you’ve made it this far, hit the comments and let me know what arenas you’re planning on visiting this season, and what buildings I should have on my lifetime must-visit-list.

More Phillies Customs Printed and Getting Ready to Go