It had been 8 years since the last nationwide professional football league launched (and failed) with the XFL when the UFL opened for business with four teams and a six week season in 2009.

While the league had big plans, and was originally connected to some very wealthy people, it seemed that nothing quite came together the way the league had hoped.  Money men like T. Boone Pickens and Mark Cuban fell through, the original slate of teams never materialized and the league was never able to find it’s fanbase. 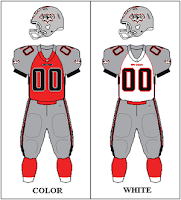 The Las Vegas Locomotives were one of the first four teams that participated in the league’s 2009 “soft launch season”.  The league hoping that a short season could be used as a sales brochure for potential ownership groups going in to 2010.  That first season saw the Jim Fassel-helmed Locos finish second in the regular season with a 4-2 record, losing only the home-and-home series to the Florida Tuskers.  The Locos would rally and beat the Tuskers in the league’s first championship game, winning a Friday afternoon overtime game 20-17 at home in Sam Boyd Stadium.

2010 would see continued success for the Locos, as they went 5-3 in the regular season, on their way to another showdown with the Tuskers.  Las Vegas defended their UFL Championship with another 3-point classic, winning 23-20 in Omaha.  Unfortunately, the Locos suffered at the gate, going from just over 14,000 fans per game 10,000 a game.

Rent, and lagging ticket sales across the league, as well scheduling delays and league-wide instability lead to the league cancelling it’s season after only 4 weeks.  The Locos, who returned to Sam Boyd Stadium, managed only 6,000 fans in their one home game of the year.  Their record locked at 3-1, tied (again) for first place in the league, this time with the Virginia Destroyers.

2011 saw league wide issues surface, resulting in a long delay at the start of the season and the cancellation of the final three weeks.  The Locos hosted only 1 game, in front of just 6,000 fans.  Las Vegas was 3-1, tied for first in the league with the Virginia Destroyers when the season was abruptly brought to a halt, and faced each other in the third UFL Championship game, this time a 17-3 loss for the Locos.

The Locos continued to bleed out as the league stumbled into it’s 2012, and final season.  Again, the season was cancelled after 4 weeks, this time the Locos finished 4-0 at the top of the table.  But attendance had truly bottomed out.  Only 601 fans watched the Locomotives’ final home game, a 41-6 horror show against the Omaha Nighthawks.

The league failed much in the fashion it was founded.  Slowly, and with poor outcomes despite good intentions.  Players were left unpaid, coaches moved on as rapidly as they could find new gigs, and lawyers began to do what lawyers do. 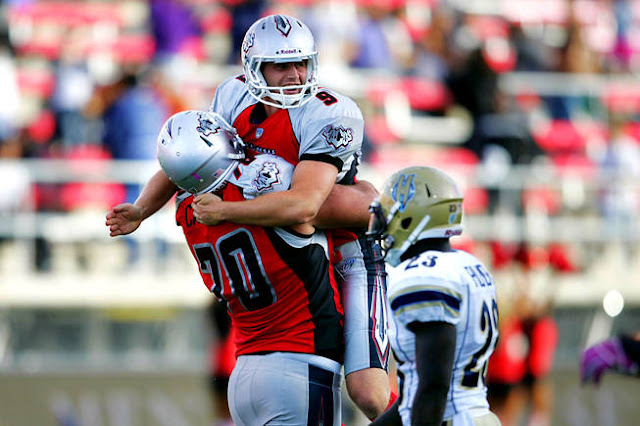 The Las Vegas Locomotives availed themselves admirably on the field despite all the non-football distractions.  The Locos were the only team to participate in each of the league’s 4 seasons, and finished with a 16-6 regular season record, best in the league.  The also won 2 of the UFL’s 3 championships.  They were far and away the class of the league.

If you’re new to this series of posts, we’re building a Not the NFL League, revisiting some of the best (and best looking) football teams never to play in the NFL.  After 11 teams, the NNFL currently looks like this:
Eastern Division
Baltimore Stallions (CFL)
Birmingham Thunderbolts (XFL)
Michigan Panthers (USFL)
Orlando Apollos (AAF)
Philadelphia Stars (USFL)