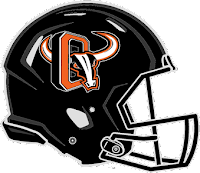 Indoor football is unstable, unpredictable and not a good long term investment.  So when a team can boast 20 years of playing the 50 yard floor war, you have to give them some respect.  That’s the case here for the Omaha Beef.  The team has been around since the turn of the century, outlasting four of it’s own leagues.

The sustainability is incredibly impressive.  For league instability to not effect a team’s stability is an incredibly accomplishment.  Particularly during a team’s early stages.  This instability spread even to the team, including stints as a league-run franchise, and a short run with co-head coaches.  These bits of the Beef’s history add to the impressiveness of the feat of lasting twenty years.

Despite the team’s longevity and even regular season success (including 15 playoff berths, 5 10-plus win seasons and 3 division or conference championships), the Beef have never won a championship in any of their six leagues.  However, the Beef have managed to build a heated rivalry with the Sioux City Bandits, who have moved leagues several times in lockstep with Omaha.

The Beef have had a variety of uniform looks from plain and generic, to wildly not.  But one constant has been the presence of their Angus beef bull mascot, Sir Loin.  In addition to Sir Loin, a three time mascot of the year recipient, the Beef also boast an all-male dance team the Rump Roasters, who perform alongside their all-female counterparts the Prime.

Since 2015 the Omaha Beef have been members of the Champions Indoor Football League.

The Not the NFL League we’ve been building over the last week or so sits at 8 teams now.  The Beef join the Iowa Barnstormers as our indoor football representatives as well as our only still-active teams.  With Iowa and Omaha, the Indoor Football League has two representatives in our little Frankenleague.