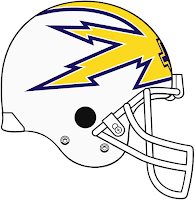 Legion Field in Birmingham Alabama has hosted more non-NFL professional football and more leagues than any other stadium in the US.  It’s the Madison Square Garden, or the Korakuen Hall of football.  If you have a professional minor football league, and you’re not in Birmingham, are you like, even playing football?

Eight teams in seven leagues (two entries in the WFL) since 1974 have called Legion Field and Birmingham home.  Birmingham’s fan base is rooted in a long tradition of college football, which creates a rabid and educated fan with no professional allegiance.  I would imagine that makes the city and region very attractive to a non-NFL professional league.  Add Legion Field, a site that goes back to pre-Depression era college football, and it makes sense that every pro league has tried to establish a foothold here. 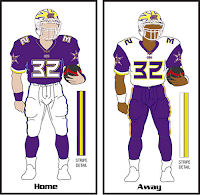 Birmingham was one of four former USFL cities selected to host an XFL team.  Part of what appears to have been a 3-tier approach to city selection; New York/New Jersey, Chicago and San Francisco as direct NFL competitors, Los Angeles as a major non-NFL market and Birmingham, Memphis, Las Vegas and Orlando 2nd-tier cities with minor pro football experience.  Originally, the team was intended to be called the Blast, keeping in theme with the league’s naming convention of names invoking chaos or criminal activity.  However, Blast was considered a bit evocative of some of Birmingham’s sadder moments.

While I respect the decision to reroute with the name, it does still bother me that the team was called “Thunderbolts”.  The league adjusted course mid-season as they dropped the “Thunder” and unofficially rechristened the team the Bolts.

This Not the NFL project is about finding teams from minor pro and rebel leagues that succeeded on the field and off and also had a great look.  That was a struggle in the XFL.  The league really swung hard into the XTREME! graphic design aesthetic that made the 90’s entirely forgettable.  Some of the league’s teams branding was so bad (I’m looking at you, Maniax) that I wouldn’t be surprised if they were designed by the same outfit that gave us that hideous ESPN 2 imaging that you millennials better not try to bring back.  The Bolts, however, managed to buck that trend.  The helmet sticker, featuring lighting bolts coming out of a B centered on the front of the bucket I think almost stands up 18 years later.  We would never see a design like this in the NFL.  But I think that we would not have thought too much of this design had it run out onto the field to represent Birmingham in the AAF this past spring.  It stumbles it’s way past the 90’s design choices of thick and bold lines going in seemingly random directions into what I feel is a bold look that would feel like a modern design going against the current reserved, traditional design trends.

I’m talking a lot about the Bolts’ uniforms (I almost called them “threads”, because I fall very easily back into my habits from the 90’s.  You will excuse me, I hope, as I go put on an upside down and backwards visor and listen to Hoobastank, won’t you?) because the team on the field was disastrous.  As was much of the XFL on-field product.  The league’s play was so bad that NBC excused it’s top football announce teams from having to cover the product, as to not get the stench of it in their sport coats for the 2001/02 NFL season.  But it is the branding, the iconic Lightning B helmet, that let’s us look back favorably upon the Birmingham Thunderbolts.  The look of the team being almost Yankees Pinstripes-esque when compared to the horrific look of the CFL‘s Barracudas, or the pedestrian nature of the city’s 2 WFL entries (the Americans and the Vulcans).

As for what happened when the players strapped the pads on…wasn’t pretty.  It was Barracudas ugly, in fact.  After losing their season opener to the Memphis Maniax 22-20, the Bolts went on a 2 game winning streak, defeating the Chicago Enforcers and the NY/NJ Hitmen.  Those would be the only two wins Gerry DiNardo‘s team would ever see.  They dropped the final 7 games of the season, finishing last in the division (and the league) with a 2-8 record.  The Hitmen would avenge their week 3 loss to the Bolts by pitching a 22-love shutout in the last game either team would ever play.

The XFL would shut down when NBC cancelled the second season of their 2-year broadcast contract, and  UPN became an untenable partner for the WWF (now WWE).  While plenty of XFL alums went on to have NFL careers (most notably Super Bowl XL winning QB Tommy Maddux), it’s not surprising that it was the video production that left a lasting effect on the game of football.  The XFL pioneered the SkyCam angle, which has become a featured look in both the NFL and NCAA game broadcasts.

The only major leagues I have left to take a look at are the WLAF (and NFL Europe), and the UFL (god help me).   After that, we’ll either do a deep dive into some of the lower tier indoor football leagues, or I’ll do something I should have already done, and add the BC Lions already.