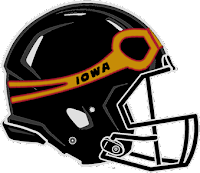 The Barnstormers were an flagship team of the Arena Football League for a long time.  I might be remembering wrong, but I seem to recall when the AFL was on ESPN the first time, in the 90’s, there were a lot of Tampa Bay Storm vs Orlando Predators a games.  But as a youthful young man, I was really drawn to the Barnstormers for the very mature, and totally logical reason that I really liked their helmets.  Back then they were gold black goggles wrapping around.  I thought it was really creative and cool.  Full disclosure, I also listened to Jars of Clay in the 90’s, so I may not have been an authority on cool.  I also watched a lot of ECW wrestling back then.  The 90’s were a confusing time.

The Arena League is an interesting case study.  The league has had periods of wild success, and almost fatal failures.  Going from an NBC TV contract, to two years offline.  As a Philly sports fan, I felt it was only appropriate that the league shuttered for two seasons after the Philadelphia Soul won their first Arena Bowl.

Iowa has never seen much success on the field.  In 20-ish years, they’ve only captured one league championship, and that was in the IFL.  It was a major coup when the Barnstormers jumped to the IFL.  It was the first time a team had left the league, and it elevated the IFL to a major league in indoor football.

One of the requirements for this Not the NFL project is on-field success.  When I started doing my very limited research on the Barnstormers, I was surprised how few league championships the team had won.  It became a challenge to justify this selection.  But the helmet is too cool to leave out of this league.

I will say that it takes some tenacity for an organization to ride through the struggles of being in the AFL’s smallest market — twice, being demoted to the short-lived AF2, and returning as a founding member of the AFL’s relaunch.  While the franchise has seen turnover as far as ownership groups goes, the name, the branding, and aside from much needed move to a larger and newer facility, the team has been a near constant presence in indoor football.  Always the underdog, always on the verge, and finally, after decades, achieving championship glory. 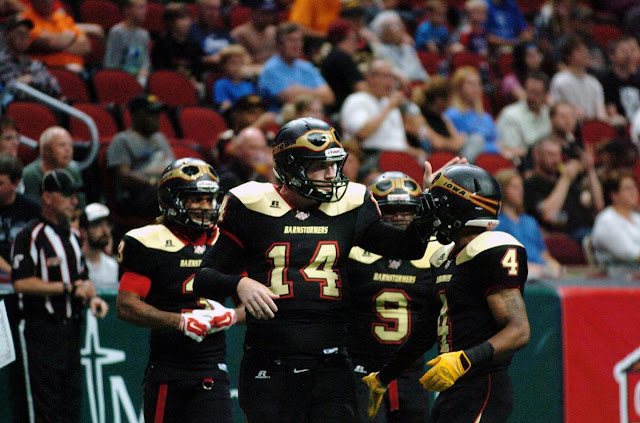 Some Barnstormers footnotes:
Kurt Warner signed with the Barnstomers while working as a grocery store clerk after getting cut by Green Bay.  Famously, he used his stint in Des Moines to jump-start what would become a Hall of Fame career.

Less importantly, in 2008, Yahoo! tapped the classic goggle-dome as the 8th best helmet in professional football history (that article is no longer online).

The Barnstormers join the Southern California Sun, Orlando Apollos, and Philadelphia Stars in the NTNFL.

If you want to keep track of this weird little project, you can follow the Not the NFL tag.