It was a slow day at work, and I spent a significant portion of my afternoon looking at mini helmets on eBay. The temptation to get all the AAF helmets was real. But while I was looking at a Orlando Apollos helmet I thought of a new series of posts for the blog. “Not the NFL“, the best football teams that never played in the NFL. We’re going to look at football teams that succeeded despite not being in the National Football League. The criteria is very stringent. Teams that played well, sold a lot of tickets and/or had cool looking helmets and uniforms.  I’m going to put the limitation on myself that when we’re done, after 10 or 12 teams, maybe, that we’ve built a football league with a footprint that sort of makes sense.

Here we go, team number one: 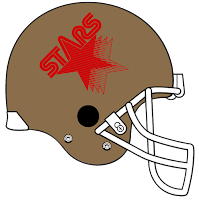 Philadelphia Stars’ owner Myles Tanenbaum had wanted to name the Philadelphia USFL team the “Stallions“, riding the success of Sylvester Stalone‘s Rocky Balboa trilogy.  Tanenbaum settled on Stars after Marvin Warner snatched the name for the Birmingham entry to the league.

The Stars moved into Veterans Stadium, sharing custody of the stadium with the Eagles and Phillies (the later of which lead to scheduling issues for the 1984 post season).  The team put together a fantastic team, featuring – among others – Sean Landeta at the start of a 23 year long punting career.  Rookie head coach Jim Mora and quaterback Chuck Fusina lead the inaugural Stars to a 15-3 regular season record, best in the league, then hosted the Chicago Blitz in an overtime classic at The Vet, winning their first 1st round playoff game 44-38.  50,000+ packed in to Mile High Stadium to see the Stars fall to the Michigan Panthers 24-22 for the first ever USFL Championship.  Despite the on field success, the Stars struggled at the gate, averaging just over 18,000 per game.  Just nine years earlier, the Philadelphia Bell of the World Football League had been caught “papering the building”, claiming 120,000 tickets sold over the first two weeks of the season, when only 19,000 had been sold.

The following season saw more success for the Stars.  Under Mora’s leadership, the team improved to 16-2, dropping only the regular season series against the New Jersey Generals.  The two regular season losses were avenged in a 28-7 win in the Divisional playoff game, on their way to a 23-3 win over the Arizona Wranglers in the 2nd USFL Championship game.  A week later, the Stars took a victory lap by defeating the Tampa Bay Bandits in London on ESPN.  Season two saw a significant attendance increase, up by 18,000 fans nearly doubling their average attendance over season 1.

After the 1984 season, the NJ Generals owner strong armed the league into moving to a fall/winter schedule, attempting to start a war against the NFL.  Tanenbaum knew that he could not survive head-to-head against the Philadelphia Eagles and moved the team to Baltimore.  Venue issues along with the success of the Redskins plagued the Stars.

The Stars did retain their USFL Championship with a 28-24 win over the Oakland Invaders.  But, due to poor business decisions spearheaded by the NJ Generals (which should shock absolutely nobody), the league folded before the 1986 season. 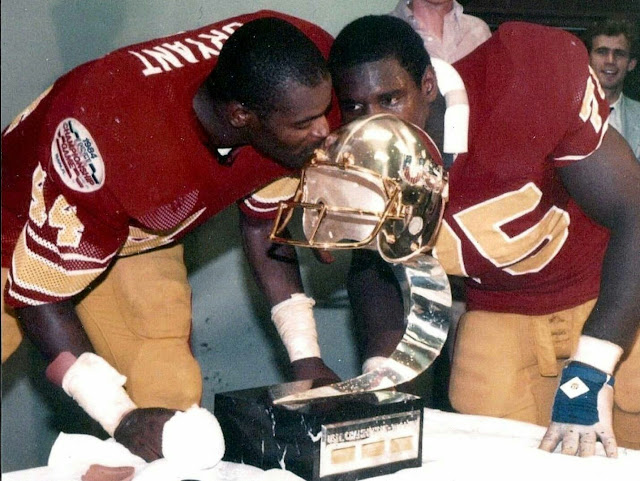 Fantasy Football Content: I had Concerns Starting Jackson Over Ryan...