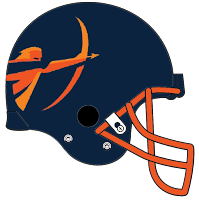 Too often start-up leagues end up with a set of logos that all kind of look the same (UFL, I’m looking at you…).  But while the AAF‘s logo set was absolutely created by a single design firm, each logo has a unique feel.  For an 8 team start-up league like the AAF,  there are logos that I loved (Orlando and Birmingham) and logos that – had I come across on the street, I would have picked up in a plastic bag and flushed down a toilet (Arizona, San Antonio).  To have that kind of variety come out of the same design house is incredibly impressive. 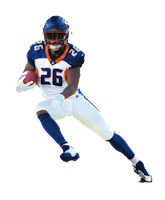 For this “Not the NFL” project, I’m not just picking my favorite logos.  I’m picking football teams from outside the NFL that had great looking logos and uniform sets, but also performed well on the field.  The Apollos were all those things.  The team finished the only, shortened AAF season with a 7-1 record.  First in their conference (and best record overall).  The Apollos also finished second in average home field attendance, posting 19648 on average at Spectrum Stadium (home of the UCF Knights).

Orlando hosted the first regular season game, winning a 40-6 smash cake against the Atlanta Legends, who never quite recovered.  I remember watching a former Apollo-era astronaut deliver the game ball to the field (a “first pitch” type ceremony).  They went on to win 6 of the final 7 games and Fan Duel (the official betting partner of the league) declared the Apollos as the first, last and only Alliance of American Football champions.

A sad end to a league with scads of potential.  But not Orlando’s first foray into short-lived professional American football teams.  Six other teams have called Orlando home, but only two (The Thunder of the WLAF and the UFL’s Tuskers) lasted more than one season.  And while the Apollos are one of only 2 Orlando teams to never go to the playoffs, they are the city’s first professional football championship.  The city, however, has been an indoor football stalwart.  The Predators, formerly of the AFL, won 9 division championships, 3 conference championships and 1 Arena Bowl.  This is on top of 23 playoff appearances.  That team was recently reestablished in the NAL. 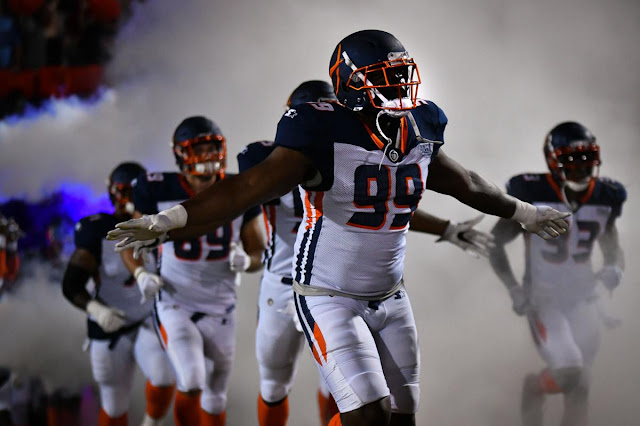 The Apollos’ uniform set was one of the best in the league.  With the mythological nature of the logo, and the astronomical aspirations of the team, it would have been easy to get down on a Frankfurt Galaxy-like identity.  But the logo hinted at classical Greek styling, and the deep blue and orange color clash was implemented in a very stylish and almost minimal way.  The helmet featured possibly the best implementation of non-traditional sticker placement ever.  Plenty of teams have gone with front-of-dome logo stickers (Birmingham Bolts, Iowa Barnstormers, Boston Breakers, Seattle Seahawks, etc).  But I can’t think of any that have gone with a logo that wraps around from the back like this.  Plus, between the two ancient archer stickers, was an oversized player number decal.  Maybe even a little bit bigger than the number stickers on the Colts‘ buckets.  But here I feel like the numbers were used more as an element than just a way to ID the helmet.

Take a look at the other Not the NFL entries here.