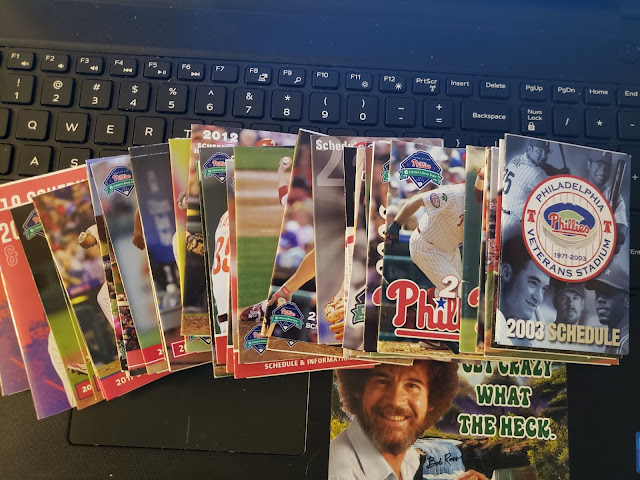 The last of my recent eBay wins arrived today.  It was a Phillies pocket schedule lot that included at least 1 pocket schedule from every season the Phillies have been at Citizens Bank Park, as well as the 2003 schedule, which was Veterans Stadium’s swan song.

The original listing was for schedules from 2003 through 2018, but the seller was at that Phils/Dodgers’ mid-week matinee that was broadcast on YouTube, and grabbed some 2019 schedules for me.

I already had a couple 2019’s, but it was very nice of him to think to grab a couple to throw them in an eBay shipment that had already been paid for.  One of the 2011 schedules features Roy Halladay, who was enshrined in Cooperstown this past weekend.  If you want to see my small (but rapidly growing) pocket schedule collection.  It’s up now on my Collections page.